Here are some live sketchnotes from Pycon 2017 in Portland, Oregon.

Pycon is a conference covering a variety of topics on the Python programming language. The conference travels around North America, spending two consecutive years in the host city. I missed the 2016 conference, but heeard good things so I wanted to attend while it was still in Portland (the 2018 Pycon will be in Cleveland, Ohio).

Python is a Turing complete programming language which can be used for any software project, but because it has a lot of mathematics libraries it is frequently used by scientific communities for numerical data processing and manipulation.  As an open-source language, it has also a lot of extensions which make it useful as a daily cross-platform utility language. Because of this utility, I expected the talks to span a wide range of topics. I was not disappointed. 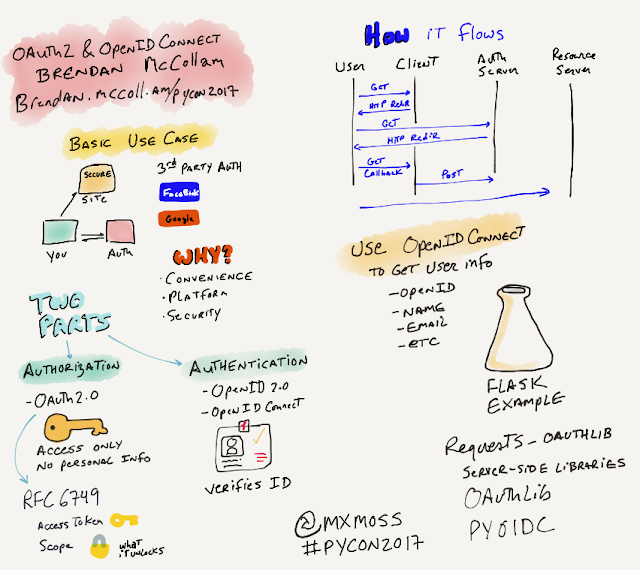 I was truly moved and inspired by Susan Tan's "Rants and Ruminations From A Job Applicant After 100 CS Job Interviews in Silicon Valley." As she says "In late August 2016, I quit an uninspiring full-time software job and talked to 100 employers in the San Francisco Bay Area to find the best fit." 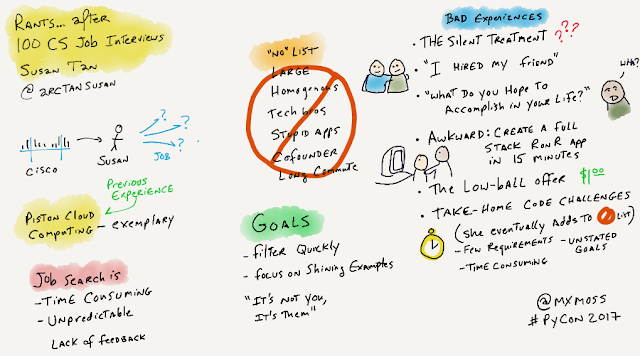 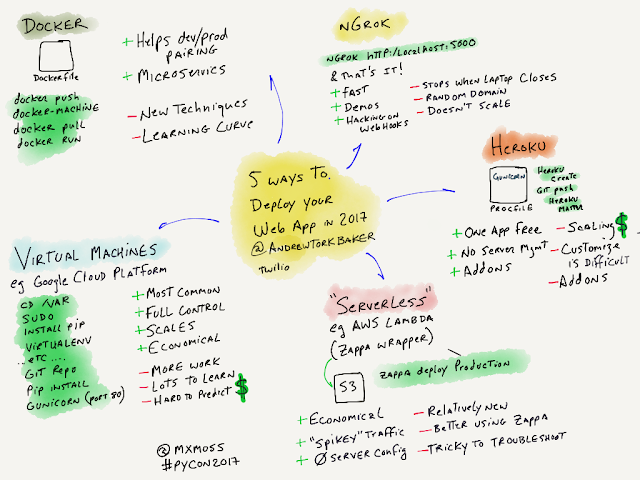 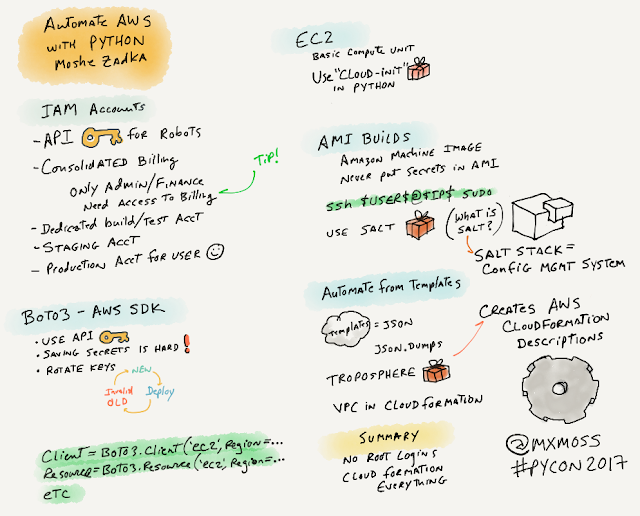 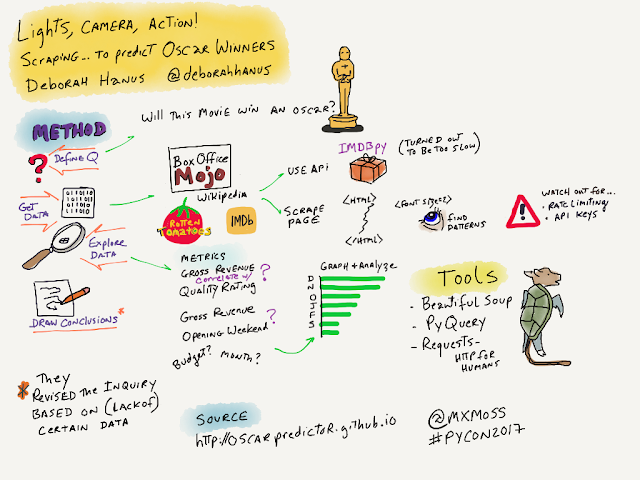 Likewise, Sam Agnew of Twilio led the crowd in an amazing demo, using the FCEUX NES emulator to hack into the Legend of Zelda and hooking it up with Flask and Twilio so the crowd could control game play through texting in his talk "Hacking Classic Nintendo Games with Python."

I didn't take sketchnotes on "Hacking Cars with Python," but it was an especially interesting presentation. I never realized how much data is available in even 2010 cars.  Eric Evenchick inspired me to buy an OBD2 Car Diagnostic Scanner and try it out.


In his presentation "Look mum no hands! From blinking LEDs to a bike speedometer with MicroPython," Tim Head showed how to hack together a micro-controller in a wifi-enabled speedometer for your bike, using MicroPython. 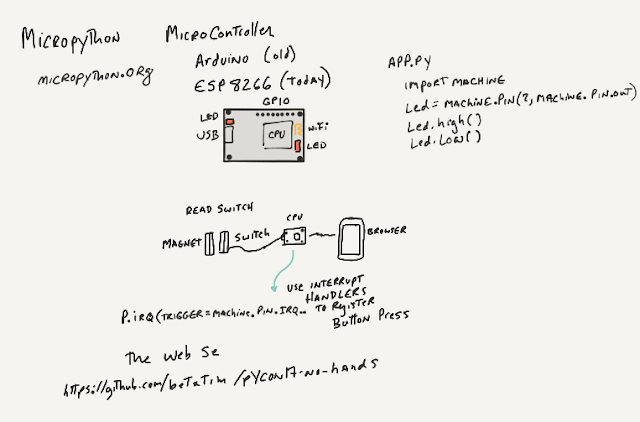