In the book "The $64 Tomato" the author asks the rhetorical question "Why garden?" and then tries to examine his own motives in a series of essays. 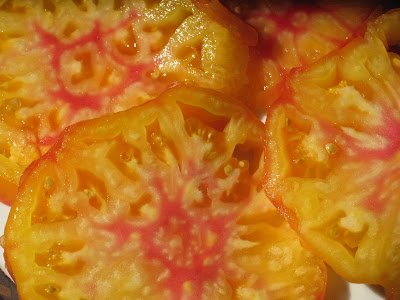 I have my own personal answer to the question: the tomato. I want to be able to eat a tomato that's as fresh as possible. One that's never been refrigerated, chilled only by the Portland's cool summer nights. I remember years ago buying a tomato from the local grocery store and cutting it open. It was red, but where was the taste? I almost cried while I ate the stiff tasteless fruit, longing for the fleshy, winey, red specimens I could pick up at almost any market in France. Why do Americans put up with such bland produce (and bread, but that's another story)? The only reason we have these tomatoes is because they're easy to ship across the country and let ripen in the truck or in the back room of the supermarket. I wanted something that was delicate and tasty, warmed by the sun, from the vine to my kitchen.

So, I started a garden. That was 17 years ago. The first year I started all my plants from seed, but a 4'x8' plot won't hold twenty tomato plants, let alone bush beans, lettuce, spinach and hot peppers. Since then I've bought starts in 4" pots from Portland Nursery, tilled some compost, and let them grow in well-turned soil. 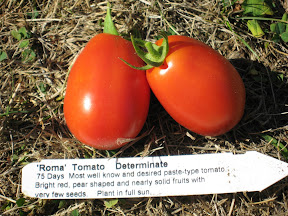 Last year I took photos and made notes of which tomatoes were successful, and which were... eh, not so much. My perfect plan was to take this list to Portland Nursery and get exactly the tomatoes I wanted, and then I could shoot in the dark for fillers to replace the less successful plants. 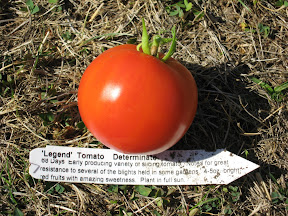 I immediately ran into problems: Portland Nursery changed the layout of their tomatoes, and they were promoting more organic plants. I needed help finding the heirloom tomatoes, and then they had at least three different "German" varieties. I had less trouble locating the Legend tomatoes, but couldn't find the other tomatoes I wanted. I ended up choosing a random Roma, and some other varieties.

In total I bought 8 tomato plants, a cucumber, three hot peppers, three basil plants, and a summer squash. One of the tomatoes (the German Striped) was 100% organic in a compostable pot and bag for $9. The rest were between $1 and $3 a pot. Add to that two cubic feet of Bumper Crop compost and the total outlay for my garden this year was $41. 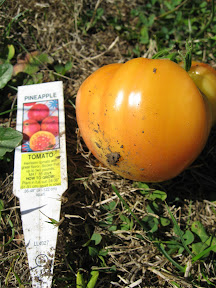 Early girl didn't live up to its name, ripening a week or so after the first Legends. Also it didn't have nearly as much fruit this year.
In fact, except for the Romas I got almost half as much fruit this year as last. I don't know whether to chalk that up to the heat wave in late July, my change to the watering system (from sprinkler hose to drip hose) or to my compost. Usually I buy chicken manure, but this year opted for the Bumper Crop. Bumper Crop seemed great for the leafy green stuff, but I think I'll stick w/manure for tomatoes and peppers. 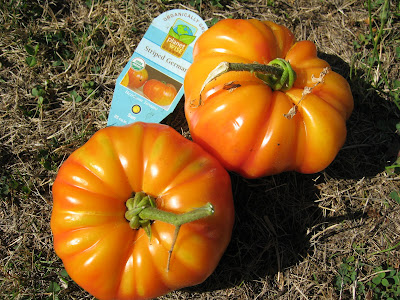 Of all the plants the Romas were the best producers. Starting in early August and still going in late September I got enough for several batches of spaghetti sauce (they also mix with other tomatoes to make a good salsa).

But, for taste, the heirlooms were the clear prize winners. You'll never find either Pineapple or German Striped tomatoes at any grocery store. Both had thin skins, lopsided shapes and ripened into something between yellow and red. The Pineapple tomatoes grew so large my son thought they might be small pumpkins. Unfortunately the thin skins made them attractive to the slugs (who hardly touched any of the other tomatoes), but I had enough to share. A single Pineapple, a half an onion, and some cilantro was enough to make a healthy bowl of fresh salsa. The German Striped tomatoes were almost sweet, and I blended up one to make a sauce for a pizza that the family said was "the best ever."

Thus endeth my gardening log for this year. Next year we'll see if I can find any of the same tomatoes. In the meantime, my final answer to "Why Garden?" is "the secret is in the sauce."

A sample of the bounty 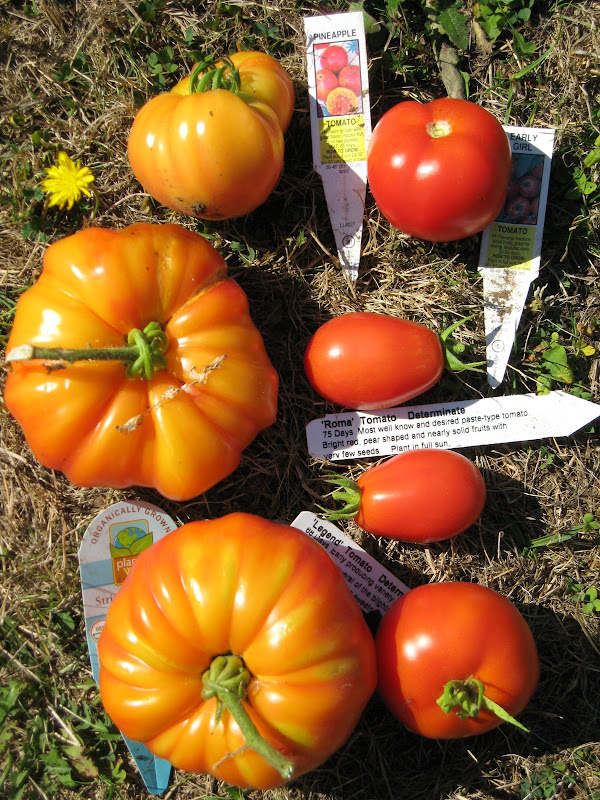 Making Mozzarella or Cheesemaking Made Easy 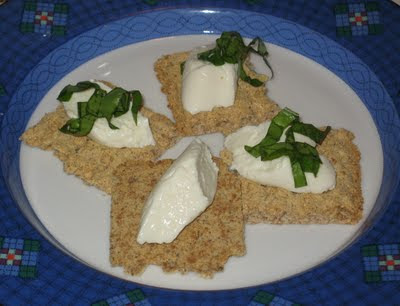 Today I stopped in at the Montavilla Farmers Market and picked up a Mozzarella and Ricotta making kit from UrbanCheesecraft (she has a site on etsy www.urbancheesecraft.etsy.com). For $20 the kit comes with enough vegetarian rennet, cheese salt and citric acid for 30 batches of cheese. There's also a cheese thermometer and some cheesecloth.

I'd read about cheesemaking on the internet, and had looked at some mail order sites, so this seemed like a fair price and a fun project. I'd also made yogurt and labneh before, so while she also had kits for chevre or paneer, I felt like Mozzarella was the next step for me.

The pamphlet says you'll have mozzarella in about an hour, so I gave it a try. The instructions were clear and easy to follow. I used a gallon of whole milk and it made almost a pound of Mozzarella.

Here's a shot of the curds while they're cooking. This is about 20 minutes into the process: 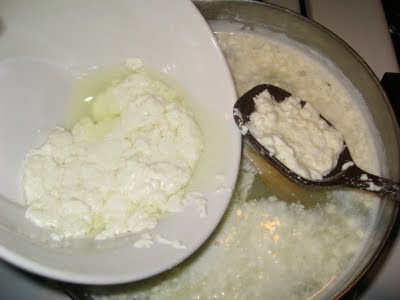 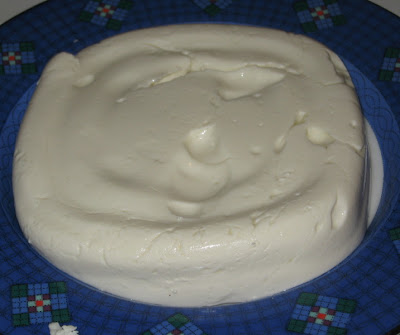 She suggests you can add herbs, pepper flakes, or sun-dried tomatoes to the cheese to zest it up. I plan to try some tomato, mozzarella and basil paninis (I used some of the leftover whey to make some no-knead bread).

The kit was great! Check it out. 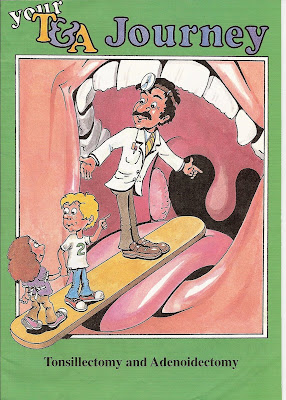