I have to wonder why someone would say this when they don't know that it's true:


ROMNEY: "Syria is Iran's only ally in the Arab world. It's their route to the sea."

I heard him say it during the debate, and thought it was weird to assert that, but maybe he knew something I didn't.  Then I saw it mentioned again in this article from the Guardian.  According to them, Romney has made the same mistake "at least five times before."

Here's a map of the area. I don't think Romney has looked at it -- it's pretty clear.  So, why is he asserting this misinformation? 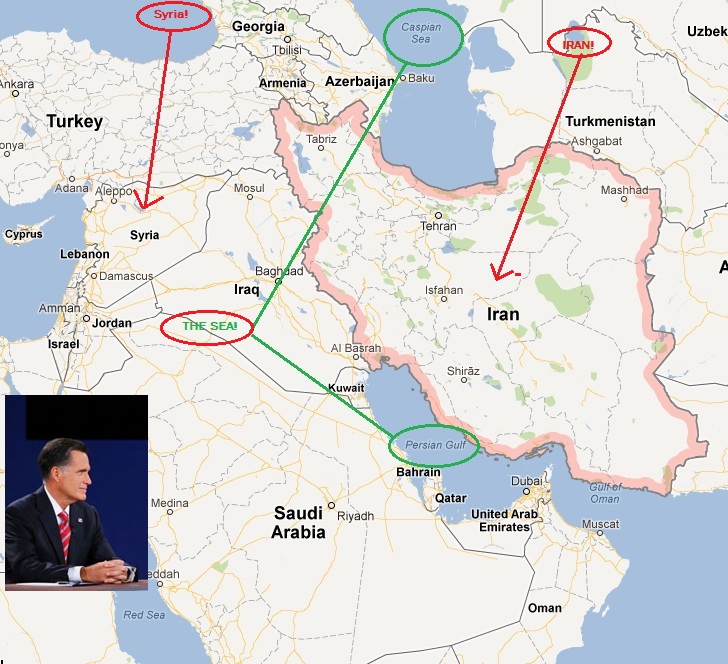