19 Years of Mugs from the Oregon Brewers Festival (OBF) 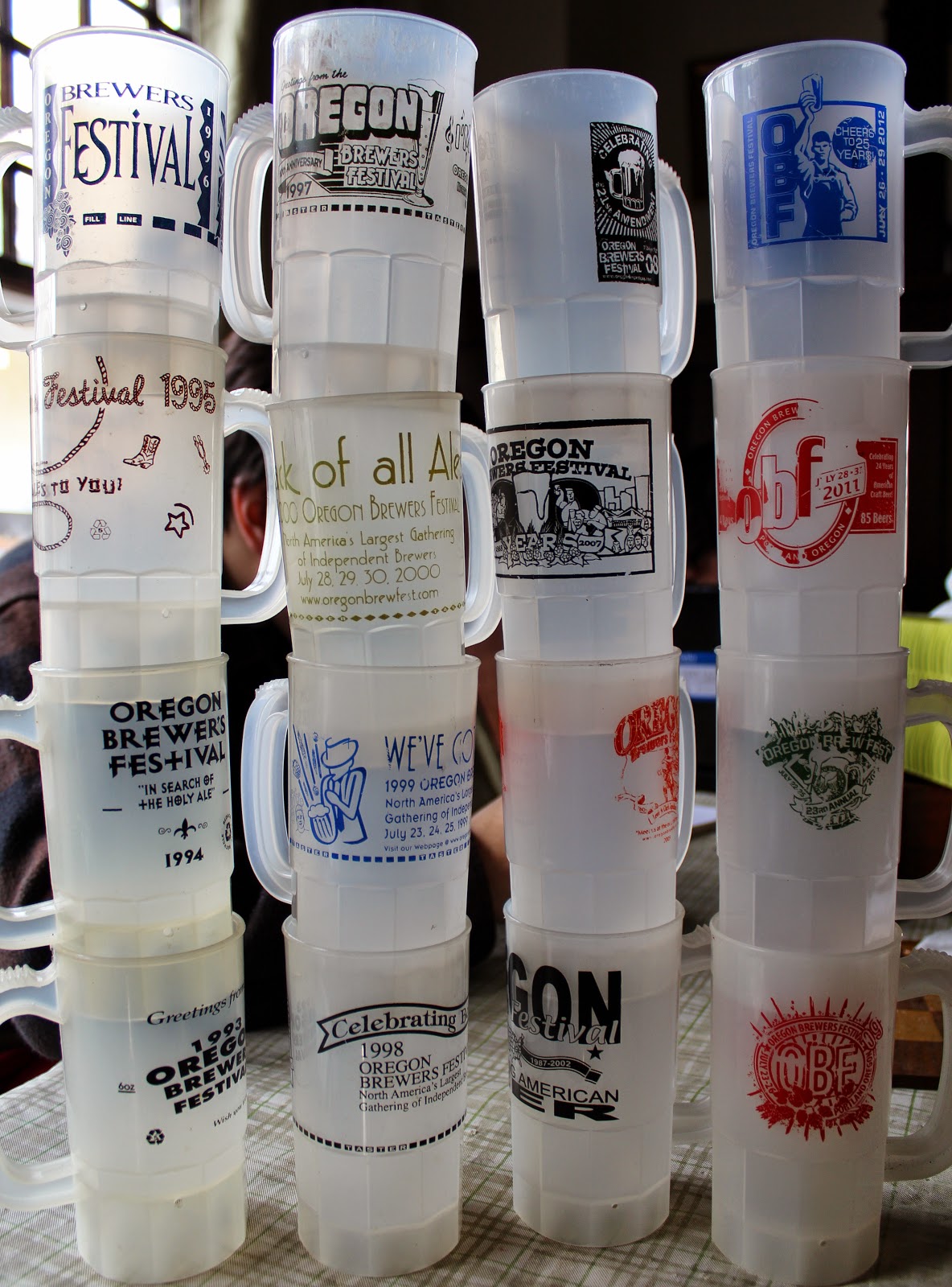 Known as "North America's Largest Gathering of Independent Brewers," The Oregon Brewers Festival has been held in Portland, Oregon since 1988.  I have attended for many years, but I didn't realize how many years until I started cleaning out my basement. Turns out, I have an unexpected collection of mugs from 1993 to 2012.

Over the nearly twenty years, a few things change.  Notice that the "taste" line on the side of the mug changes. In 1997 a taste was nearly half a mug, while in 1998 it was 1/3 of a mug. Today a taste is closer to 1/4 of the glass. In 2013 the Festival switched to using glasses, which allows for a cleaner taste of beer.

I noticed that in 1994 the Fest included an apostrophe - "Brewer's Festival," - implying the fest is for brewers, rather than a celebration of brewing.  Was this a misprint, or a deliberate act? Was the apostrophe dropped to become more inclusive?

Fun fact: A child's sippy cup lid fits securely on top of the OBF mugs, so you can use them as a no-spill substitute for your child (or yourself).  The mugs are lightweight and unbreakable. A lot of mine are beat up because I take them camping. The handle makes them easy to strap onto the outside of a backpack when hiking.

Click on the images to see a larger version.