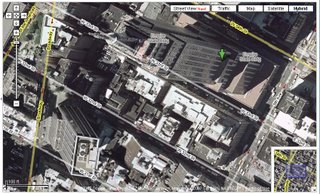 The way Google Maps stitches together some of the images makes this image of the Empire State Building look Escher-esque.
No comments:
Email ThisBlogThis!Share to TwitterShare to FacebookShare to Pinterest

This is a grim newspaper item:

FORT LEWIS, Wash. - So many Fort Lewis soldiers are being killed in Iraq that the Army base will no longer hold individual memorial services.

Starting next month, Fort Lewis will hold one memorial a month for all the dead soldiers.

Meanwhile, whatever happened to the daily track of Iraq war casualties? I reckon news services stopped reminding us of it every day once it surpassed the number of people killed in the Trade Centers attack. 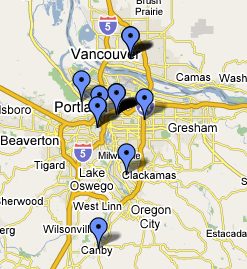 See if you figure out what this map represents.