Corollary to the "Mythical Man-Month"

This "Dopey Don" comic is from a 1952 "Rocketman" comic.  It made me think of Fred Brooks' book, The Mythical Man-Month

. Brooks' assertion is that "adding manpower to a late software project makes it later."  I've seen many software projects where well-meaning managers attempt to speed it up by adding more people.  Part of Brooks's thesis is that adding more people requires more overhead in the form of training and communications, but there's also the instability of a system under change, the baggage that each person brings to the project, and the hard reality that any complex system will have a certain number of errors.

In Dopey Don's case it's a hardware problem, but he still succinctly disproves the misconception that you can hurry any project by adding more people to it. 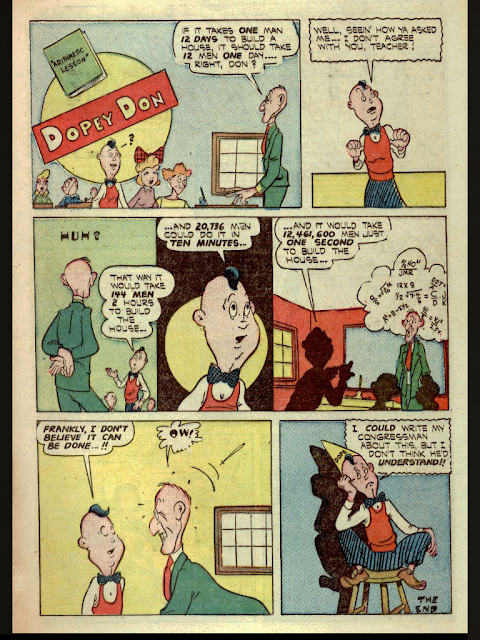 This sets of links originally from this page at the First Lego League website, but I'm going to keep a copy here for your reference & mine.

Forbidden Lego: Build the Models Your Parents Warned You Against!

The Having of Wonderful Ideas: And Other Essays on Teaching and Learning