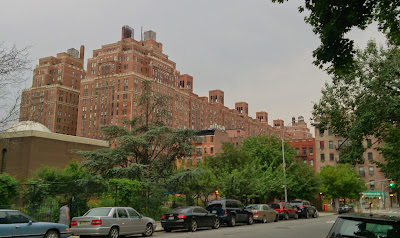 I recently took a trip to New York City and was walking to the High Line when I was surprised to see an improbably immense apartment building.  Then I happened onto another, and another.  They were huge, each one consuming a NYC city block.  I'd never before seen anything like it, even when visiting communist countries like Czechoslovakia or East Germany.  The buildings were small mountains in the city, like something out of science fiction.  In fact, what they reminded me of most were the buildings in Philip K Dick novels.

In the movie Blade Runner, the Tyrell Corporation building is a huge pyramid in new LA, but in the book "Do androids Dream of Electric Sheep" the more shocking setting is the large empty decrepit apartment building where the fugitive androids meet John Isidore.  Most of Earth's population has emigrated off world, and only genetically damaged people like Isidore, who is a chickenhead, remain. They live in decaying apartment buildings meant for hundreds of people, now housing only a handful.  Blade Runner hints at this when it uses the Bradbury Building in LA as a stand-in for JF Sebastian's mostly empty apartment building.

Dick's early novels often had the protagonist struggling against oppressive buildings.  In "The Man Who Japed" the apartment committee is in charge of tracking moral offensives (such as missing a building committee meeting) and reporting the offenders to the government.  The hero, Purcell, subconsciously nonconforms by performing his japery, which only gets him into more trouble with the building.

The residents of the "great communal apartment building, The Abraham Lincoln" also have to deal with a heavy-handed governing committee in "The Simulacra," except in this case the committee also reviews tenant talent, and pits them against acts from other buildings in a competition weirdly reminiscent of Star Search or American Idol.  The winner of the local competition gets a chance to perform for the president of the US, "Der Alte", and first lady, the lovely Nicole.  People who don't supply talent for the competitions risk losing their apartments, and also their status as citizens.

In "The Penultimate Truth" the apartment buildings are almost a mirror of the image of the skyscrapers of the 20th century.  The elite Yance men live on large spacious estates, while most of the citizenry live in underground bunkers, ignorant of the true mechanics of their government. One of the sub-plots is the power struggle between the Yance-men and a free agent called Louis Runcible who builds apartment buildings for the occasional refugees that manage to escape to the surface.  The penultimate truth is that people have been tricked into believing that they want to live with security, at the cost of their freedom. 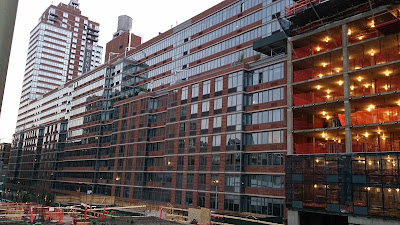 In "Martian Time-slip," the oppressive building is planned by the United Nations as part of Earth's colonization of the red planet. The complex will be called "AM-WEB", a contraction of the German phrase "Alle Menschen werden Brüder" (All men become brothers) from Schiller's An die Freude (Ode to Joy).

Meanwhile, Manfred Steiner is an autistic boy living on Mars. It is said that he can predict the future.  But Manfred's greatest fear is a future that only he can see.  Mars is derelict and the AM-WEB is a dumping ground for forgotten people like him, where he will eventually be confined as a decrepit old man to a bed on life-support. I've read enough PKD to believe that AM-WEB is a reference to the German concentration camp slogan "Arbeit Macht Frei" (work will set you free). But, it's unclear whether PKD means AM-WEB to be an allusion to the Nazi concentration camps, or whether it is a metaphor for the fear of schizophrenia.  The feeling of despair is there regardless. 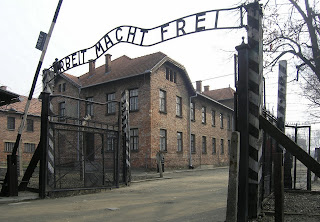 In many of the novels the buildings are ominously present, but passive.  Two of PKD's works have buildings that play active parts in the plot.  The killer building in "A Maze of Death" first appears a tiny model, but then grows into full-sized structure which appears to the colonists on Delmak-O.  Something is written above the entry to the building, and each person each perceives the words to mean what they most hope or fear. One person sees WINERY, another reads WITCHERY, and one character interprets the word as HIPPERY HOPPERY, a place where they have people hop onto animals for “youknowhwat.”  The building has permeated both their consciousness and subconscious mind, representing their hopes and fears.

In a similar way, Heldscalla, a mystical cathedral embedded on the ocean floor of Plowman’s Planet in "The Galactic Pot-Healer" also represents hope, but it speaks to faith.  An omnipotent being, the Glimmung, gathers a group of artisans and craftsmen from Earth to help raise the sunken cathedral.  Each person has their part to play in the project, but as they proceed they learn there's a black Glimmung and a counterpart black cathedral also lurking under the sea.  The team begins to wonder whether they are working on the right side, and whether the project is even possible.  The obvious religious quandaries become even more frustrating when mixed with an unhealthy dash of Dick's paranoia.

In all these novels, the buildings are institutions: a hospital, the government, a church, a bygone way of life, a mental institution. They reek of the impassive face of authority. In all of Dick's stories he obviously preferred people over institutions.

Can we find the roots of this theme of the impassive building vs the all-too-human protagonist?  When Dick was in high school in the mid-1940s he underwent intensive psychiatric treatment for agoraphobia and other psychological troubles.  He wasn't institutionalized, but perhaps he felt a building would be a good metaphor for this combination of school and therapy, or for any authority figure.  Regardless of the source, it seems an apt image: the human against a faceless, massive, stone edifice, something that we think of as permanent. 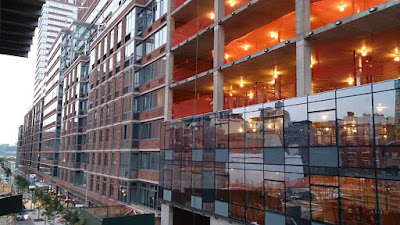 In the end, PKD was all about humanizing his characters. Bringing a massive story such as colonizing Mars, World War III, or the corruption of the US government down to a personal level: a boy in a hospital, a man trying to find lifesaving supplies for a friend, or two guys who just want to get the jug band back together.  At that's what all good science fiction is about, taking the amazing and larger than life, and asking how does this affect me? 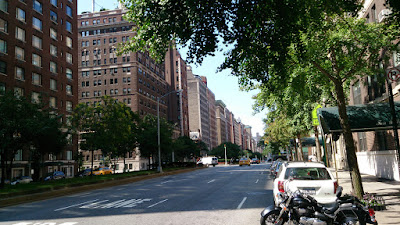 How to Achieve Flow

Have you ever been working on something that's so enthralling that when you pause for a moment you suddenly realize that hours have passed?  It may be well past lunch and you're hungry, but your work session was productive, focused and you felt good about it.  Maybe you wrote ten pages of your novel, or completed a software routine, or wrote a jingle, or just painted a picture, but while you were working, it felt effortless.


"During single-minded work time, people are ideally in a state that psychologists call flow. Flow is a condition of deep, nearly meditative involvment. In this state, there is a gentle sense of euphoria, and on is largely unaware of the passage of time."

That passage is from "Peopleware" by Tom DeMarco & Tim Lister.  The book is a thesis on what later became one of the tenets of the Agile Manifesto, that individuals and interactions are valued over processes and tools.

They discuss the benefits of flow, which are:
This sounds great, but the question is "How do I achieve flow?"  Here are my tips for getting to a state of flow.


Before you start, listen to your inner voice and see if the task in front of you is really what you need to work on.
Next, evaluate your task. Is this something that you can do by yourself, or do you really need more research or conversation with other people?  Be honest, but flexible. If you think you can accomplish 80% of the task alone, then go for it.  On the other hand, if you only have 20% of the knowledge, then maybe you need help.  For now, let's assume you have enough resources to accomplish most of the task.

Now that you know what you're working on, and have the right knowledge, you are ready to begin working. 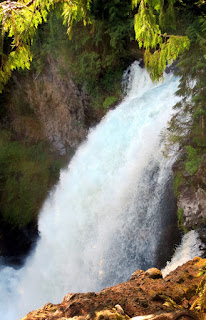 Steps to achieving flow:
1. Get your butt in the chair.
If you're not in your workspace, you're not going to get any work done.

3. Prevent interruptions.
Hide your cell phone in a drawer. Turn off notifications in your web browser and email. Put your desk phone on standby. Close the office door. Turn your chair away from the window or TV.  Put up a "Do not disturb" sign.

4. Create an audio wall.
Play some background music to reduce distractions. Choose music that you know, but it may not be your favorite. I prefer jazz without vocals.

5. Give yourself permission to work.
Set a mental tickler that says: I am now focusing.

6. Just start working, even if it's not productive.
If you fear starting, write for 5 minutes about what you think you're going to work on. This acts as both a warm-up for the real work, and also helps organize your thoughts.

7. Relax.
Don't try to hurry flow. According to "Peopleware" it will take at least 15 minutes, maybe more.  If you're going to be interrupted in the next hour, you will need to go back to step #3.

8. Focus.
Ignore the voices in your head that lead to other tasks. You've already dealt with that.

9. Let go.
Don't edit yourself. Flow is like falling asleep. You don't realize you're in the spell until it's broken. There's time to edit later.