Image via WikipediaI saw the movie "The Social Network" last night at the Hollywood theater. It was surprisingly good. Between Aaron Sorkin's script and David Fincher's direction they did a good job of making lawsuit depositions, programming, and starting an internet company look interesting.

The music, by Trent "Nine Inch Nails" Reznor, was at times a bit annoying, other times pretty well integrated & sparse. I'm still deciding whether the long scene full of jump cuts between "The Facebook" website creation story and the lawsuit depositions works, but I know the music was distracting.

I didn't read "The Accidental Billionaires," which is the book the movie is based on, but the film is really about the broken friendship between Zuckerberg and his CFO/roommate Eduardo Saverin. It is also, at heart, about the girl who inspired The Facebook when she broke up with Zuckerberg at the beginning of the film.

The movie ends with Zuckerberg sending her a friend request through Facebook and then obsessively refreshing the browser waiting for her response. In a way it reminded me of the end of Psycho which, given David Fincher's previous movies, isn't surprising. 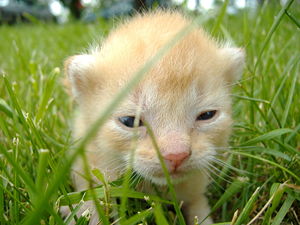 Ho there! With New Year fast approaching, it's time to make your annual resolutions to better yourself. Since resolutions are often frivolous, and sometimes random, I've decided to bring this habit into the 21st century by automating the process. Use this handy widget to generate a New Year's resolution (it's up to you to keep it).

Here's a hot tip I got from @Hanselman: How to link to a specific time in a YouTube video. If you've ever received a link from a friend and sat through the "boring" part of a video waiting to get to the meat of the matter, this is for you.

For example, here's a video I made of downtown Portland before the Pearl District phenomenon kicked into high gear.


If I want to point out the old ad for Wrigley's gum painted on a building wall, I can get the normal YouTube URL:
http://www.youtube.com/watch?v=lyXQxkoPOLs

Image via WikipediaAccording to this news article, even the government printers are having trouble reproducing the new high-tech $100 bills.

At the time, officials announced the new bills would incorporate sophisticated high-tech security features, including a 3-D security strip and a color-shifting image of a bell designed to foil counterfeiters.
But the production process is so complex, it has instead foiled the government printers tasked with producing billions of the new notes.

The main problem is evidently that the paper folds during the printing process, leaving a blank space on the bill's face.

But here's the amazing fact: "The total face value of the unusable bills, $110 billion, represents more than ten percent of the entire supply of US currency on the planet, which a government source said is $930 billion in banknotes."

Also, because the problem is random, they can't definitely say how many of the 1.1 billion bills have the problem. They either have to sort them by hand, or develop a brand new mechanized sorting process.  To sort them by hand "could take between 20 and 30 years. Using a mechanized system, they think they could sort the massive pile of bills, each of which features the familiar image of Benjamin Franklin on the face, in about one year."