These sketchnotes are from the 2017 Terroir Creative Writing Festival, held April 2017 at Chemeketa Community College, McMinnville.  The one-day festival is a mix of talks by authors and poets, as well as some interactive writing workshops.  The conference is organized by the Arts Alliance of Yamhill County, with the tagline "Our vision is to make Yamhill County a creative arts community."

Kathleen Dean Moore, Ph.D., was completely amazing. Her keynote emphasized the human impact on species extinction and then underlined how artists, writers and visionaries are needed to have the influence to preserve Earth's diversity. Moore is a philosopher, climate activist, and the author or co-editor of thirteen books including "Great Tide Rising" and "Piano Tide." www.riverwalking.com 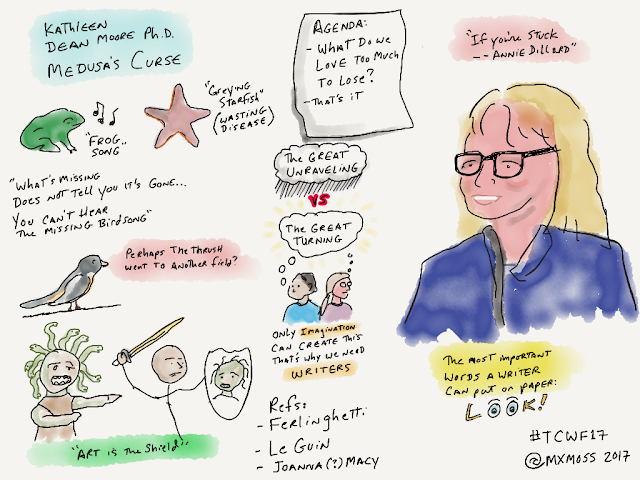 Andrea Stolowitz held a group reading of the play "Teeth" and then led a writing exercise wherein we created a setting and populated it with characters and a backstory. www.andreastolowitz.com 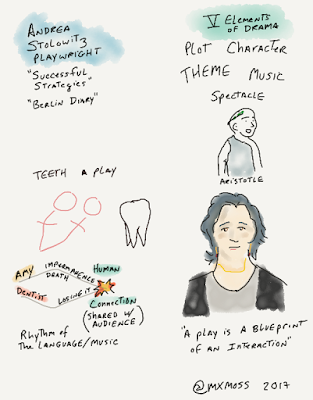 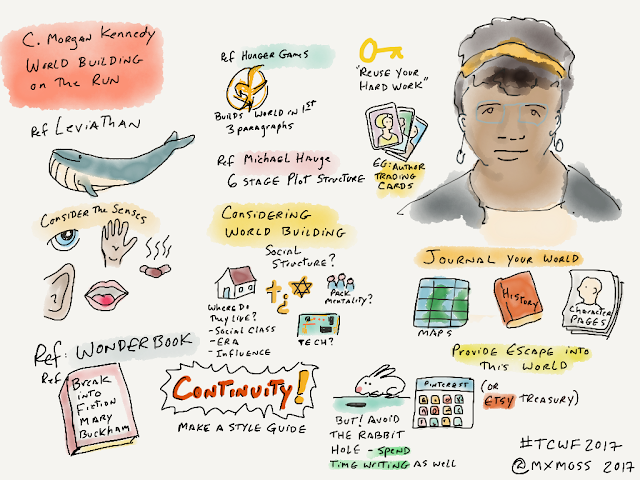 Daniel Wilson, author of "How to Survive a Robot Uprising," "Robopocalypse," and other books talked about his new novel "Clockwork Dynasty" and provided his unique take on writing science fiction. 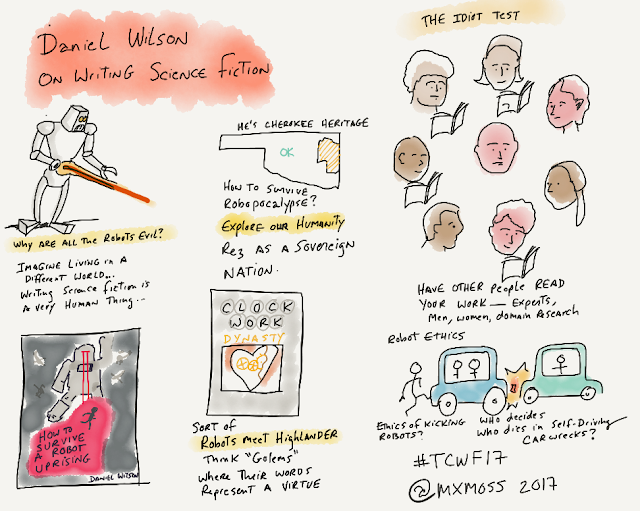 I also caught the afternoon keynote by Oregonian columnist Steve Duin. He talked about the power of comics such as in Alison Bechdel's "Fun Home." He also listed some of the most amazing recent graphic novels:

Lefevre's "The Photographer", a graphic documentary subtitled "Into War-torn Afghanistan with Doctors Without Borders."

Mariko Tamaki "This One Summer"

The website for the annual festival is terroircreativewritingfestival.com. Or you can join their Facebook page for more info.